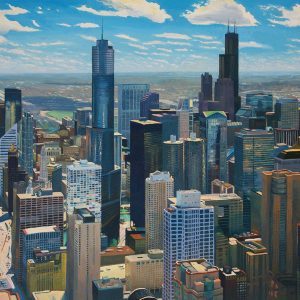 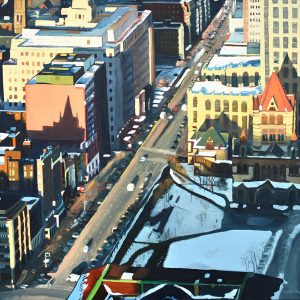 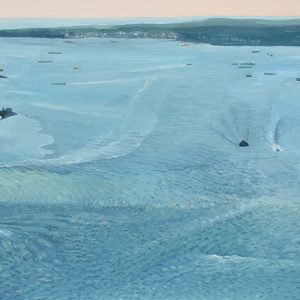 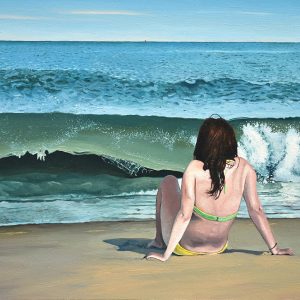 The primary subjects of my paintings are 21st century man’s working monuments, which represent our culture’s dedication to production and consumption. The essence of our way of life can been seen in our never ending attempt to subdue our environment. It is not my intention to either glorify or to condemn this objective, but to invite contemplation and leave judgment up to the viewer. I’m always looking for places where the man-made environment inundates the natural. I paint this in a way where subtle abstraction disassociates elements from the environment, creating an oscillating view of the natural and the fabricated.

David C. Leonard was born in Wilmington, DE in 1962 and grew up in the Central New York village of West Eaton. Since receiving his BFA in painting from Rochester Institute of Technology in 1985, he has established a solid exhibitions career. His work is part of numerous collections including Exelon New England, Texas State University in San Morcos and The University of New Mexico in Albuquerque. He has participated as an Artist in Residence at Woodstock Byrdcliffe Guild in 2016, Woodstock, NY as well as at the Banff Centre for the Fine Arts in Banff, Alberta, Canada in 1987. The subjects of his paintings are drawn from the places he’s lived and traveled, such as Chicago, Philadelphia, Boston, New York City, San Francisco and Austin. He currently lives and works on the Eastern Shore of Maryland.