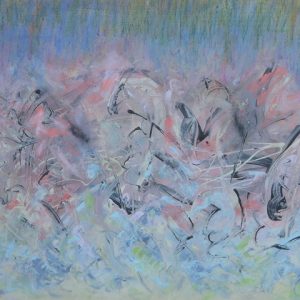 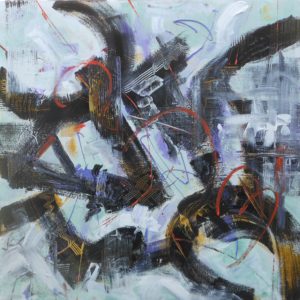 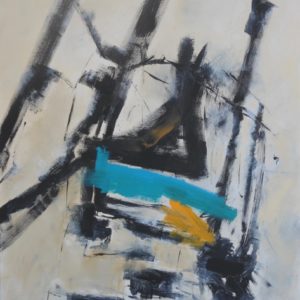 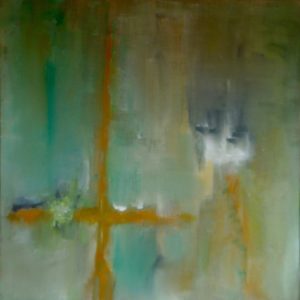 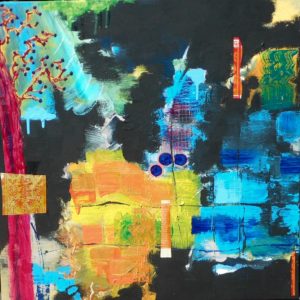 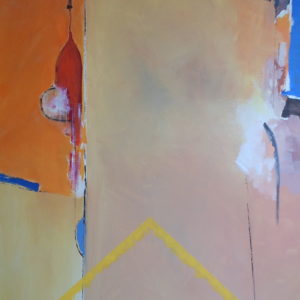 Larry sees all art, from cave paintings to conceptual installations and performance art, as a “hole in space” through which the creator(s) invite others to investigate that space and re-fill it with their own projections. It is a participatory act of imagination. Successful art exposes those cultural cues that collectively drive us forward – or back – as a society. Larry is currently exploring the intersection of color and line. He likes paintings and sculpture that, like good music, “make their own rules.” He builds with a sense of structure, but his works are not classically abstract, minimalist, or entirely chromatic. His goal is to seek a fusion between areas of color and contrasting linear elements that either separate or draw these areas of color together, thus pointing the work in several directions at once.

Larry is principally an abstract painter in acrylics and mixed media, with interest in sculpture. He embraced non-traditional art from an early age, but became a full-time artist in 2014, following a career in international law. He studied with Roberta Marks at the Studios of Key West, and has regularly shown there as well as in Washington, the Easton Academy of Art, the Dorchester Center for the Arts, the Main Street Gallery, and juried shows in Oxford and the Rehoboth Art League. He had a major solo show – ‘Progressions’ – at the Slayton Center in Columbia, MD during 2018, is on Facebook and the web at larrymyersart.com. He has works in collections in many states and abroad.