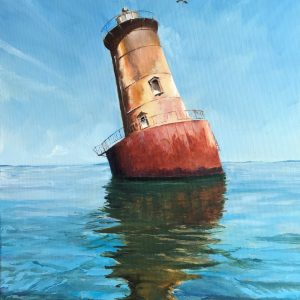 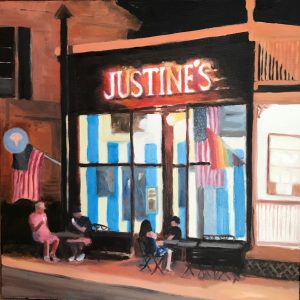 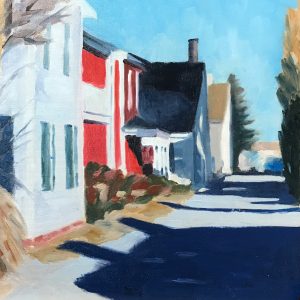 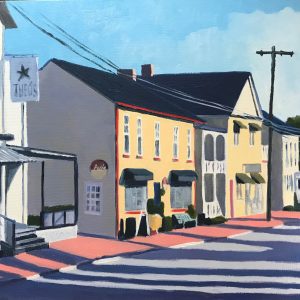 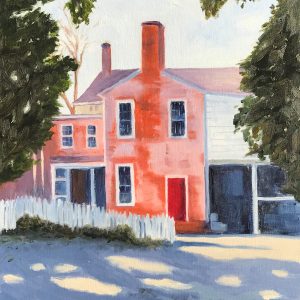 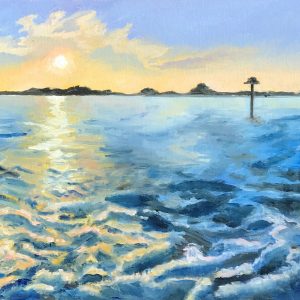 My recent paintings focus on local views associated with the Eastern Shore of the Chesapeake as well as other scenes that interest me in the US and the UK, from recent trips and visits. My work looks beneath the surface capturing the inner essence, whether a landscape, a portrait, or still life; often portraying a sense of solitude. My style has evolved over time, but always seeks to explore the relationship of darks to lights.

Born and brought up in south-east of England, Naomi was strongly influenced by her parents love of art. She has lived variously in Malta and New Zealand before moving to Chadds Ford, PA, USA in 2002. She worked originally in watercolors, studying with Karl J. Kuerner III, and has also explored acrylics and pastels. In 2019 she moved to St Michaels, MD and joined the St Michaels Art League. More recently, after attending a workshop with Bernie Dellario at the Academy Art Museum in Easton, she has transitioned to working mostly with oils.