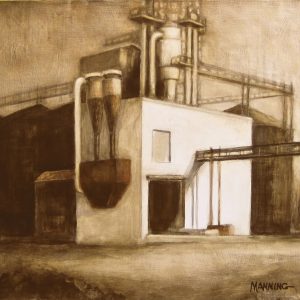 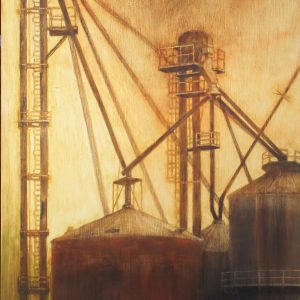 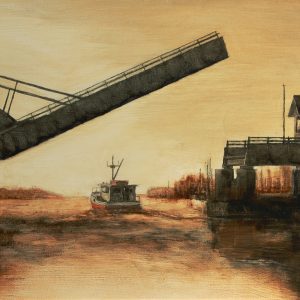 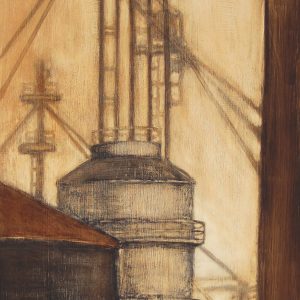 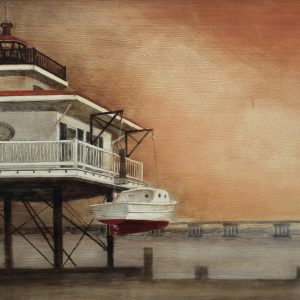 During many months of the year I will join fellow plein air painters at locations that hopefully include bins, barns and farm equipment; my favorite subjects… so I might be called a regionalist. Recently, I have turned to a “tonal” palette in rendering industrial and farm complexes around the eastern shore of Maryland, so my style might be considered “tonalism.”

Born and raised in the New York City area, Bob attended the School of Visual Arts, the Brooklyn Museum Art School, and NYU Graphics Art Center, all in New York. He graduated from State University of New York and embarked on a career in advertising design and layout, eventually owning and directing his own design firm, Graphic Options before moving to the eastern shore of Maryland in 2002. On the eastern shore, Bob turned to painting regional scenes of the rural, agricultural landscape, a landscape that began to disappear during the early days of the 21st century. He has won many awards at local shows and completed numerous commissions for local farm owners.